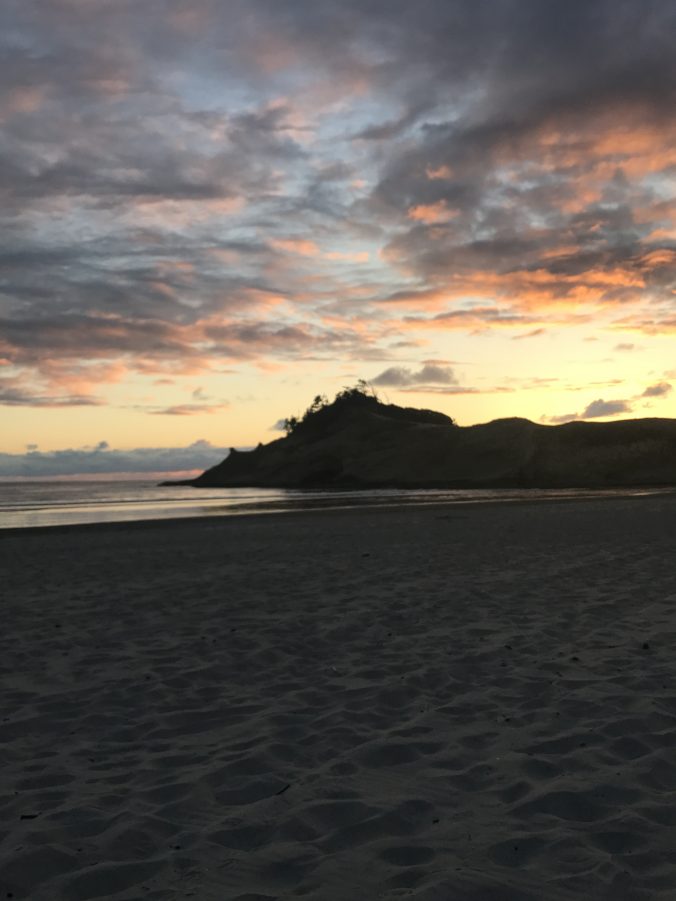 A Coffin Floating on the Ocean

My thoughts feel like they are in a casket floating on the ocean.  Random gifts and visitors.    An idea spawns itself.   A  sudden thought.   Often precious sometimes alarming.   Mined from a deep well underneath my awareness these traveling entities arrive with no willful prompting.   A crack of thunder hastens an electrical storm.   A trunk of hemlock falls into the playground of the sea drifting and fighting the tides.   Serrated waves saw the wood contouring it into shapes that defy nature.   Soon the smoothing sands and the sun’s glare polish the finished product that sits atop the bruising waves shaped as a coffin.   The waters calm.    A wave licks the  blonde sanded edge of the wood like a Golden Retriever preening.   Salt dries into a matte crystal trying to shine.  It can’t.  Clouded,  fluorescent with inclusions from the foggy depths, these salt precipitates grow like divine barnacles.  They are the oceans diamonds lighting the way.   This wooden box is a vehicle,  a transporter, a hollowed-out rough rider with knots like the heart’s fist punctuating the character of its enveloping carriage.   Souls are gathered along its course.  The random splash and gallop upon the crest’s flotsam juggles the spirits and ghosts of all those I once conversed with.   I recall meetings in dreams and hallucinations while deprived senses reached deep into the collective of childhood missions and mass idolization.   I stared into their eyes back then, felt their spirit move out of their body.  I adored,  I deified,  I regarded,  I esteemed,  I revered,  I glorified.  I even worshiped.   Worse I romanticized.  This piece of wood becomes a temporary home,  a formula for persistence where the infinite can laugh at oblivion.   Souls continue to be gathered along the way.   Beings holding passports that allow the simple taste of the continued material for a short while.  The finite ride toward the vast open oceanic spaces.   I opened my heart to those beings lost to material’s grasp.   Seemingly bereft of further communications, imprisoned inside the barren forest’s interior for centuries where time elapses into its bizarre compressions and elongations,  they found a way back.     Away from land,  away from civilization and human contact, where the oceans mammals and the gulls alternate the pulse that nourishes the spirits survival.   Trapped in this spiritual vortex voices are lofted into the fugitive winds.  Armed to travel great distances  they arrive randomly in my own unconscious intuitions hatching transitory thoughts that continue to haunt me with their unexpected arrival.

Vito On The Cross