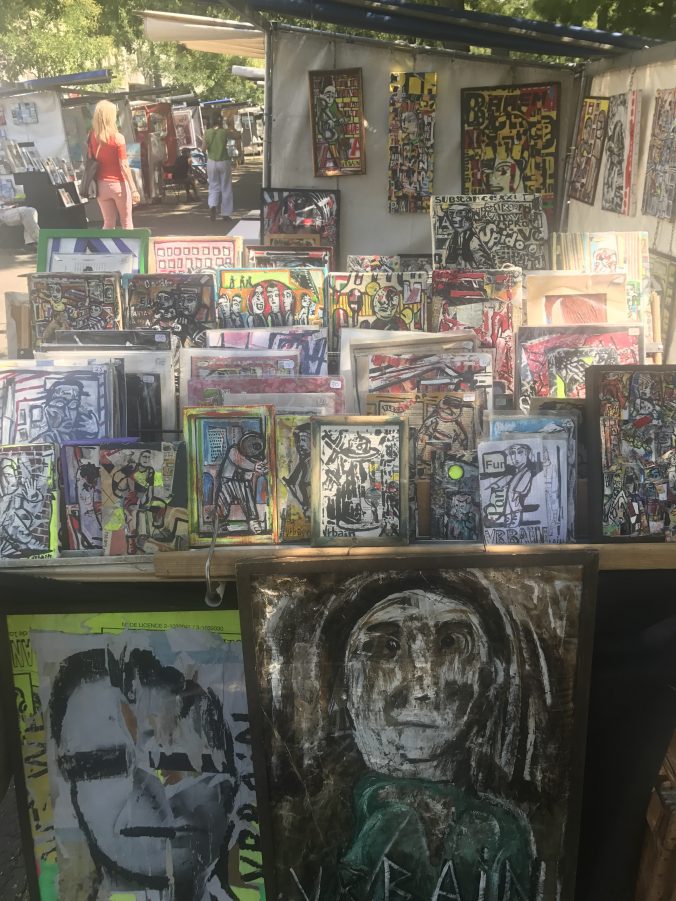 He purchased two canvasses, several strips of wood, small nails and a heavy staple gun. Using the nails, and making sure they did not protrude, he created two rectangular frames measuring four by three feet. He stretched the dense, rough canvas tightly over the wood fastening the edges on the underside with the staple gun. He was proud of his meticulous construction.   It was his first time preparing canvasses. When propped up on a table, leaning against a blank wall, he admired them.

He liked looking at them in their nakedness. He also liked to let his mind run and he imagined what might emerge on each. His eyes focused on the unbroken expanse of white. Freedom bubbled up inside him. This reminded him of the first time he saw a palm tree while visiting Los Angeles from Brooklyn. He decided right then and there that what the world offered was limitless. What he could imagine creating on the stark, receptive white surface paled next to the enormity of real possibility.

The openness of the white background would hold his true spirit, all the colors of his life and the gray side. With effort he could mine his darkest secrets and drip pastels onto his sorrow creating a new species of feeling. The hot sun would boil off the interminable into a fragrant mist. He imagined natural light grasping and holding his creations then reflecting his love onto others. They would smile even when the clouds obscured the bluest skies.

Suddenly, he felt insignificant, a black dot in an atmosphere of pure white. The white canvas looked back at him and the texture came to life. An array of black dots, geometric and molecular stretched over time and space onto the appearance of pure white. He understood the genius of the blank white canvas hanging in the Louvre.   Though naked and barren, and yearning for the splash of color, the infinite whiteness waited for nothing. It already had, in its possession, the essence of all colors beneath its surface.

He also knew that all color was within him. The darkest shadows were as much his as the palisading array of wild flowers on a spring hillside. Just then she arrived. He was going to learn how to paint today…