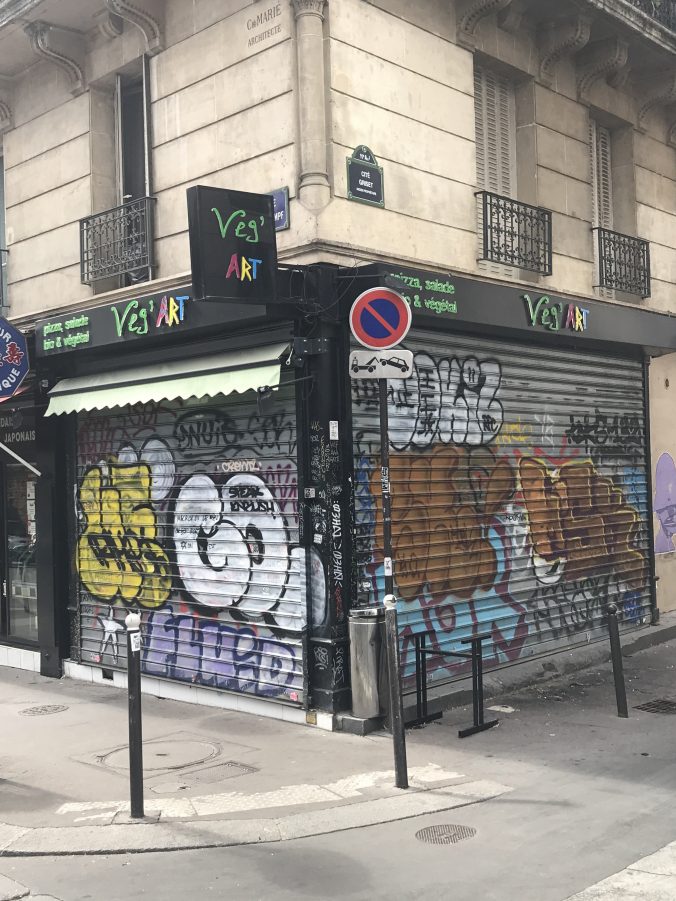 I was fortunate enough to witness two of the most original bands of the 1980s and 90s at the Aladdin  theater in southeast Portland on December 27th.  The classic Brooklyn, Portland venue  hosted “Camper Van Beethoven (CVB)” and “Cracker” in all their esoteric and quirky brilliance.  Both bands were created by singer, song-writer, rhythm guitarist David Lowry who brought his authentic, unaffected voice full of whimsical poetry, punchlines and stories about banal suburban living.  The energy and momentum both bands brought to the stage was impressive and by the time it was almost midnight, fans emerged onto the moonlit Friday night streets having gotten more than their moneys worth.

The sonic beauty of CVB was on full display with a myriad of ethnic melodies borrowed and integrated into rock n roll numbers haunted by Jonathan Segel’s electric violin that sometimes threatens to take over.  With its multi-faceted influences, CVB exists in a trippy universe with poetic lyrics, electric violin solos along with Greg Lischer’s legitimate  hard-rock guitar riffs that are just as capable of incorporating Led Zeppelin fragments as traditional sing a longs that produce a feeling that the atmosphere has morphed into a Celtic or Yiddish ritual.

CVB opened with a gypsy-inspired instrumental number that transitioned into the obscure but emblematic “Seven Languages” from  their third album.  They proceeded to feature several numbers from their iconic “My Beloved Revolutionary Sweetheart” and progress to another instrumental improvisational piece that included two homage riffs to Led Zeppelin’s “Kashmir” and “Dazed and Confused.”  Their sonic power and absurd lyrics generated a momentum that built to psychedelic heights on stage that indicated they have lost nothing of the sound and sensibility that made them so fresh in the mid to late 1980s.  Lowry and CVB were able to effortlessly mine their alter-egos from a very different time and engage the audience with an immersion into an authentic reproduction of their sound so beautifully displayed so as to produce the feeling in the audience that very little time had actually elapsed since the creation of these genre-defying sonic gems.  They finished with “Take the skinheads bowling,” which caught the standing room only audience in a rambunctious sing a long mood cementing the smiles on the old faithful.

After a short intermission, “Cracker” picked right up where the mid-90s began with a shift to a more mainstream rockabilly sound envisioned by David Lowry and the unmistakable sounds of Johnny Hickman’s lead guitar, with Jonathan Segel trading in his electric violin for synthesizers.  The sonic nature of “Cracker” is quite a departure from “CVB” largely due to Hickman’s home-on-the -range, rockabilly, cerebral-country, surf-flavored sounds produced from his idiosyncratic ax.  This departs from “CVB’s” esoteric, ethnic, acid-inspired aural brillinace, yet when David Lowry picks up the microphone, the close cousin relationship between the two band becomes clear.  It is refreshing to see that, though, “CVB” is Lowry’s first real commercially successful child (their were several other preceding garage bands with comical names) he had the creative vision to evolve past the limitations of ‘CVB” for a more widespread appeal yet one remains convinced that the true artistic vision is never compromised.  It is as if “CVB” dispersed from the stage, and the same David Lowry picked up his rhythm guitar and transmitted a sound with the avant-garde elements from “CVB” that maintain the same general infrastructure while dressing up the music for a whiskey-two-step bar in a modern western town.

Cracker’s” set list ranged from urgent, upbeat,  country-inspired  rock with a decidedly alternative bent to slowed down melodious ballads where Lowry picks up the electric acoustic twelve-string for a warmer sound.  Johnny Hickman’s unmistakable sound ushered in a  more poppy raw energy while maintaining the poetry of the lyrics and expanding into a series of songs consisting of: “Get off this, ” “Big Dipper,” and “Euro trash Girl” which pushed the crowd onto the makeshift dance floor in the aisles and adjacent to the stage.  The band ended with a  Dylan song that paid respect to “the Big Lebowski, ” and just as a hair of disappointment arrived in my mind having not heard “Take me Down to the Infirmary,”  “Cracker” re-entered the stage for an encore delivering a version of this gorgeous song that I took with me, singing in my head,  all the way home.

My Father Told Me