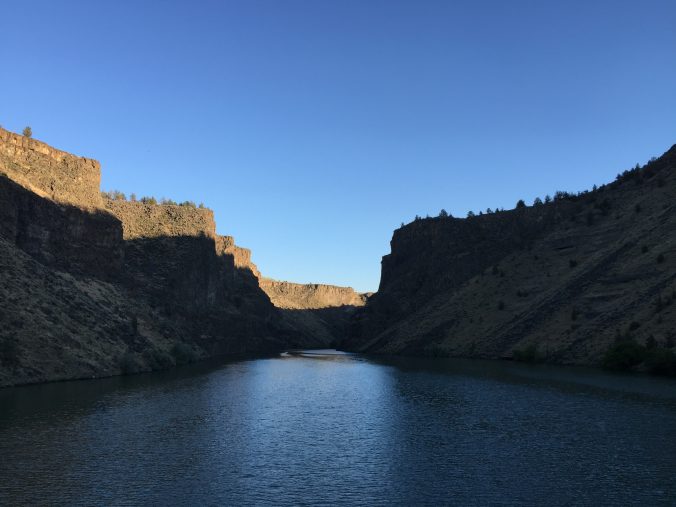 It was a first date arranged by modern methods. The seasoned mahogany framing the historic pub in Sellwood has been witness to many encounters. I arrived and walked into the bar and sat at one of the oversized padded stools near the flip top bar. The barkeep carried trays of drinks to the customers sitting in the booths that lined the windows. The resins and oils in the dark wood added a level of wisdom to the shelves and woodwork that the young patrons hadn’t yet earned.

I was eyeing the fragrant liquids in different shades of amber when I caught a reflection of her standing behind me. I stood up and we shook hands over eye contact, after which my arms, expecting a hug, just hung there by the bar. I felt a miasma of grief following her as we both sat facing each other. Her sad eyes were the pallbearers of her melancholy countenance. I turned to the barkeep as a glow saturating the mirror behind him issued halos like the smoke rings that have been missing in this environment since the new millennium.

I ordered us iced teas as we sat silently for a short while. I felt a mild discomfort yet I appreciated that neither of us felt it necessary to fill the air with words while there was nothing to say. Conversation was slow and deliberate with pleasantries and questions about family of origin and Portland neighborhoods. Her words were dressed in old robes that aged her. She shared a story about her former husband who died from lung cancer though he wasn’t a smoker. She made was no attempt to lighten the solemn thickness in the air.   It was a deadpan exposition laden with a deep level of sorrow spoken as if she was discussing wardrobe preferences.

I also learned her son was an alcoholic who still drank. She had a lot on her chest and she didn’t hesitate to get it off. This led to her opinion of alcoholics, one I had never experienced before. She loved them. She exhibited a certain proclivity that drew her to alcoholics; whether they were in recovery or actively drinking did not seem to matter. She had recently ended a relationship with an alcoholic man who struggled to stay sober. The struggle was particularly interesting to her and she passionately related how she became a moth drawn to the fires of alcoholic behavior. 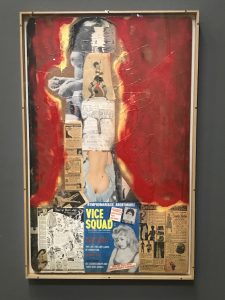 A smile took some time but it did come. It surfaced on her face like a buoy repeatedly pushed under the sea by a stern God. It wasn’t forced. Nothing she did was forced. It was all authentic disposition and truth from a sacred place inside her and when a smile finally emerged it stopped before it reached her eyes.

Inside this antique neighborhood watering-hole she carefully selected her words. The weight of her funereal introduction brought down my optimism but at the same time I was enthralled by her authenticity. A shared language began to emerge. Words came out painted with a symbolic lacquer that fit sentences into a common panorama. She believed in the twelve steps yet many years of effort on both sides of the equation, massaging Alanon into her repertoire, resulted in her meeting and becoming attracted to alcoholics but not really being able help them.

Her last relationship was much more difficult to extricate herself from despite the fact that he routinely deviated from love into the savage grasslands of false hope and straight lies with no chaser. She walked away and fell into the lap of yoga. There was carryover into this new lexicon and she found that it became a soothing note to accept that there was an unknowable reason why she was destined to fight her way out of what seemed to feel like a soothing cradle at the start. The good came in the learned liberation that formed a palisade of serene fortune at the heels of each dissolving relationship. The lessons were mightier than her desire for the bliss of a partnership and coupled with living in the now she was armed with a certainty of human nature that guided her towards a solipsistic light of such individual spiritual power that she reinvented her aspiration of finding joy from within.

Yoga then added substantially to all this. She was smitten with the self-love offered by the practice of yoga. There were very few spiritual concepts left out there that had not become old hat to her. I saw sadness lift from her eyes and maybe that was the smile migrating up and releasing her ocular muscle’s hold on the deepest of her joyful expressions. She admitted to me that she would never again allow herself to be hemmed in by the bayonets of man’s circumstance.

She never stated it overtly, but I gathered that she was resolutely devoted to a love that did not involve a man or another person of any gender. As all this took shape she became more animated and her mind shifted to her parents. She had formulated this philosophy of emancipation later in life that involved adopting herself and parenting herself in a way that allowed her deepest needs to be fulfilled. Her parents had nurtured her basic requirements and her childhood ended with a tremendous vacancy that her forebears were blind to. She had become a devotee of a living correction that allowed her to re-live and re-love her developmental self during this period and transpose her unloved child into a framework where she could re-parent herself. This became part of the work necessary for her to arrive at a new serene station in life. Not a life re-born but a life re-lived through a new developmental process that understood he own deep personal desires. This more honest and authentic work of self-parenting, she believed, brought her closer to God. 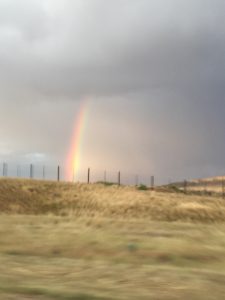 As she talked about loving her own wounds her eyes stayed locked on mine and the extended eye contact relaxed the wrinkles around her eyes. There was more hope clinging to the thick air now. Her demeanor softened and the aura of grief dissolved as she noticed a spiritual connection. Her lashes fluttered around an emerging smile.

She wanted to talk further about the alcoholic man she lived with and almost married.   They were involved in each other’s lives for five years. Though he struggled to gain sobriety while they lived together, he was sober now.   They sometimes ran into each other in her parent’s neighborhood at the market. She was focused on her previous relationship with me placing her desires squarely in the friend zone. As she spoke there was no need to impress me. She possessed a grasp of her life-force and knew there was no controlling this entity. There was no small talk from her and her ideas arose in her heart and filtered through her intellect giving birth to an arrogance that sparred with her humility.

Her conflicting emotions each stood proud and then a jaded cynicism concerning love overtook all and occupied the room, spreading out, and causing my romanticism to duck for cover. I did not undress the passions in me that still subscribed to love at first site and the cosmic notion of soul mates. An angry logic had won the battle with her fantasies and she had locked up all notions of chivalry and romance. She dusted her anger with spiritual motifs and flavors but the dispassionate elements in her could not hide nor did she try to conceal them.

I knew how my own romantic inclinations sometimes masqueraded as intellectualized views of spirituality, but there was no way to keep my romantic passions completely under wraps. She had done this and declared it a victory. I moved my gaze over to the other end of the bar and enjoyed a solitary moment of gratitude that Ii did not subscribe to this way of thinking.

When a woman replaces a man with yoga and passion with spiritual ideology, the mysterious impulses that lead to intercourse on the kitchen stove become buried in the backyard with the childhood dog. What made me genuinely sad was that her beauty was redolent of the waves of buoyant curves and lustrous natural mornings brimming in the vivid recollections of a starlet whose youth still peered intensely through her aging façade. It was still there fighting to get out, trapped by an unwillingness to endure that dreaded anticipation of an inchoate loss tapping on her soft shoulder. I worked at it. Imagining the mouth and the eyes before tragedy first struck; before the wheels of passion just rolled off the wagon and into another direction.

In the end it was a case study of desire and sexual energy halting the moment she sat down. A crystal clear glimpse along a backwards growth curve where individual directions diverge radically. Towards the end of our date she loosened up and she basked in a new light of having just honestly spoken her truth. She complimented me for not talking about myself all night or bragging about my acquisition of accumulated expensive objects.

A fresh playfulness came over her and another person inhabited her presence. Someone who might have flaunted a bikini or kicked off her Cuban heels after a night of dancing. It was a flash, not even a full moment, it was an instantaneous blink of fresh light through an angled venetian blind of a dream.   A single polaroid frame then dropped down and I tore off the top layer and by the time the true image grew and materialized her doppelganger turned back as quickly as it came.   This person who I had the pleasure of meeting and getting to know transformed back and any sudden-burst fantasy image that erupted a moment ago washed back to reality and became calm and sedate and as devoid of sexual energy as knitting as Afghan. The diverted libido could still raise a hand and wave hello if the right man was operating the pottery wheel. That man was not anywhere nearby and I don’t think she would ever recognize him again.

We parted ways with a sisterly hug. Like her entrance there was no kiss to change the tenor of the moment and her blockade remained fortified and well constructed. Maybe there was a man out there who would walk away from this encounter with a kernel of optimism. She left a message the next day and it filled me with a childhood emotion. I felt like I did as a boy staring at the relentless rain out of the window on a Saturday afternoon…