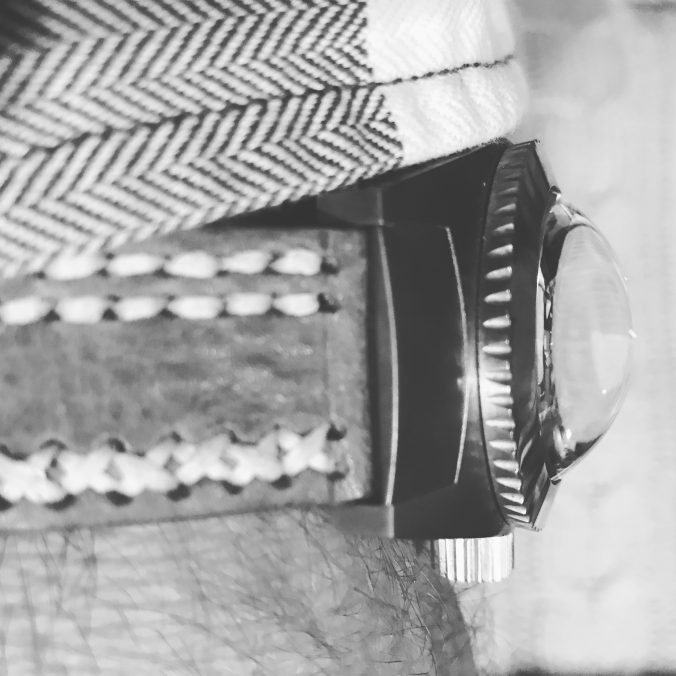 What Makes Me Laugh?

If I were asked to describe what makes me laugh, I would have to pause and think for some time about the question. It is like asking me to tell a joke, on the spot.  I possess so many jokes and funny stories residing just below the resolution of my consciousness that to revive them I require a reminder to jar the memory loose.  My guess is that I do not deal in jokes as a currency for building relationships with others and as a result, I usually forget jokes despite having been told thousands of them during my lifetime.

I can, however, describe the broad strokes of genre and category that tend to bring me to laughter.  This would include: slapstick and deadpan comedy, gallows humor as well as interestingly incongruous occurrences that clearly do not belong in the context of when they appeared. I enjoy any kind of behavior (it could be a human or derived from a dog, any being or robotic entity) that is inappropriate for the situation or simply eccentric in many respects. Sometimes the mere sight of certain visual stimuli without warning can be funny to me especially if what I am observing simply looks funny or reminds me of a previous comedic incident. I like to think of laughter as an emotion that, if it is true, happens by accident and as a complete surprise to the recipient.  Anything that is contrived and designed in a premeditated way only to elicit laughter is most often not funny at all and does not usually provoke a laugh in me.

There are certain  comedians whose eccentric behavior is so bizarre that commonplace activities become funny.  These actors play characters who are oblivious to their eccentricities and they interact with others in a fashion where these comedians perceive their behavior as commonplace.  Each person exposed to them is  silently perplexed with their over-the-top antics and even the smallest statements or gestures can be sidesplitting.  Tracy Morgan and Zack Galifianakis  are classic examples of this type of humor as well as Adam Driver’s character Clyde, with the prosthetic arm, in “Logan Lucky.”

Ever since I was a small child I was prone to being amused by slapstick. I believe I inherited this characteristic from my father who would become overwhelmed by laughter during an episode of “Laughin’,” or a Marx Brothers film.  W.C Fields as well as Abbot and Costello with their synthesis of word play and physical comedy concocted just the right recipe for keeping my Dad tickled and amused for hours.

My first memories of this include a stunt, often repeated on the children’s show “the Electric Company,’ a “Sesame Street” sister program shown on television in the early 1970’s, on the public broadcasting network and starring a young Morgan Freeman. Included in every episode, out of nowhere, the television screen would fill with a man in a chef’s uniform standing at the top of a steep staircase. He would be holding a large tray stacked high with numerous pies, cakes and elaborately decorated creamed desserts.  As he prepared to ambulate forward, with no idea that a flight of stairs lay before him, and with these desserts stacked so high he could not see in front of himself at all, this man in the large puffy white chef’s hat would vocalize loudly and exactly what he was carrying.  For example, he would articulate in a l booming voice: “thirty-seven banana cream pies!”

After this proclamation, he steadied himself and took a step forward only to be hilariously surprised that there was a drop-off of multiple stairs, resulting in a dramatic, forward-tumbling pratfall down the steps that was a study in messy, acrobatic artistry.  Pies and creamed goods flew in all directions including into the baker’s face as he cascaded and caromed down the staircase in spectacular fashion.  His fall was made all the funnier by his obvious gifts of agility and supreme balance, which were comedically transformed into fabricated catastrophic clumsiness.  Improvised clumsiness by an athletic actor is a signature of great slapstick and it goes back to the era of silent films.

The stuntman who performed this debacle, was capable of taking an inordinately long time to draw out each phase of his fall.  This beautifully perfected stumble progressed as if it were in slow motion. Pies catapulted away from the main scene and into the faces of nearby, well-dressed, and high-heeled woman who happened to be sauntering by.   Members of the audience, who were quite a distance away, also received face-fulls and gobs of lathering cream as lightweight aluminum tins were somehow launched incredible stretches of space into the back rows during this miraculous pratfall.

Other desserts landed on the stairs perfected positioned like landmines in the baker’s path only to cause secondary slips and paroxysms on the slick frosting and slippery white fluff, while he continued to ricochet down in postures of partial recovery followed by a somrsaults.   The prolonged fall was truly inspired by a great genius of advanced stage mishap where the victim never felt a bruise or incurred a single musculoskeletal injury .   It all came to a thundering conclusion with a perfect landing on his buttocks only to have a pie, thrown up just seconds before, land perfectly on his head.

The entire episode was similar, yet strikingly opposed, to Buster Keaton skipping from rolling log to log on a lake dressed in his Sunday suit with patent leather shoes while carrying a young maiden, threatening to fall with a splash, yet effortlessly mastering these mobile stepping stones all the way to the shoreline.   These off-balance antics would immediately send me, into uncontrollable laughter, while at the same time, prompting my mind to internally bow in wonder at the supreme cat-like agility necessary to pull off these stunts.  Again,  improvised and fabricated  clumsiness rules the day.

Laughter comes spontaneously to me and is stimulated by unexpected sources. Suddenly seeing an English bulldog in a restaurant, for example.   I tend to laugh more when an out of the blue incident occurs completely surprising my funny bone.  A unicyclist rides down the center of SW 10th avenue in Portland while I am sitting and people-watching.  Contrived comedy, by a comedian or a staged set piece designed to elicit laughter as its only purpose usually fails to initiate laughter in me.  An exception would be staged set-pieces involving well-thought-out slapstick elements. Most situation comedies on television with laugh tracks I find completely unfunny. Many films categorized specifically into the comedy genre are not funny in my opinion.

There are moments, in serious films, even sad films that carry situations so unthinkable to the plot at hand, yet somehow perversely pertinent to a point where laughter feels wrong but is unavoidable. I find this scenario funny.   It may only be the selection of a song whose lyrics add dark humor to the story. There can also be a character whose voice or delivery is so eccentric, yet real, that anytime that person speaks I cannot help but laugh. I think of Adam Driver in the film “Logan Lucky.’’ Another example from the same film is when Adam Driver’s character Clyde is helping to steal money by transferring it from the collection depot at the NASCAR stadium to another site by suction inter-tube system, and in the process his prosthetic arm is suddenly sucked into the tube system. This is hilarious on many levels.

The film “Broken Flowers,” directed by Jim Jarmusch and starring Bill Murray, has moments where Bill Murray is either unexpectedly assaulted or is left with a mortified look on his face. These situations elicit a joyful response in me. These moments and expressions of humor can be categorized as “deadpan.” I am a serious fan of deadpan humor. Jim Jarmusch, throughout his career as a director of films, utilizes deadpan moments with poetic grace and sublime subtlety. One of his favorite motifs in film is to have characters from different cultures who speak different languages, interface in English.   The resultant misunderstandings that lead to puns and wordplays or simply cultural variations in the definitions of similar words provokes  hilarious, “lost in translation,” consequences.

Humor is an intensely personal sensibility.  What was funny in the 1970’s may not be funny today.  Mel Brooks seems dated when I watch him now, and some humor devised today I may dislike simply  because a simply am not privy to some of the inside jokes of this generation.

Blistering Thoughts Mined From the Streets